The Flyboys were a pioneering Californian punk rock band founded in 1975 before the first wave of American punk. The act was prominent in the Los Angeles punk rock scene around 1976 and 1977. The band broke up in 1980.

The Flyboys’s first release was a recording released on the band’s own record label, recorded in June 1976 and released a month later. The record quickly sold through a first pressing of 1,000 copies.

The band recorded another record which would be the very first for a new label, Lisa Fancher’s Frontier Records in early 1980, a seven-song EP titled Flyboys that included proto-type punk tunes such as “I Couldn’t Tell” and “Dear John” as well as their “Theme Song”, a surf inspired rave up that was covered by Jodie Foster’s Army. 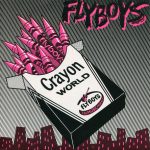 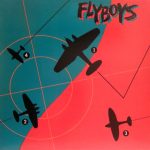